Maureen O'Hara - Queen of Glengariff - Whats On In West Cork 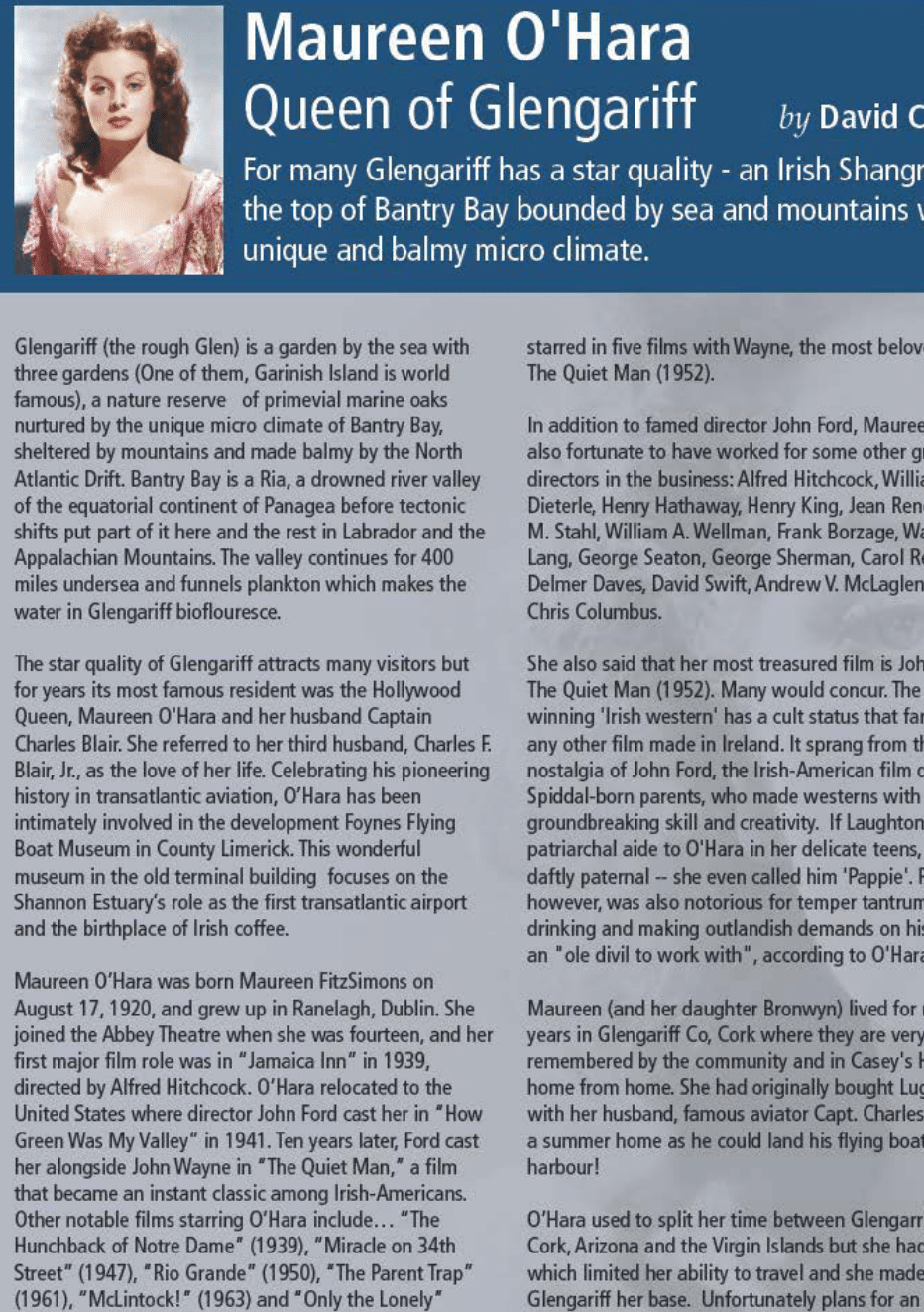 For many Glengariff has a star quality - an Irish Shangri-La at the top of Bantry Bay bounded by sea and mountains with a unique and balmy micro climate.

Glengariff (the rough Glen) is a garden by the sea with three distinctive gardens (One of them, Garinish Island is world famous), a nature reserve of primeval marine oaks nurtured by the unique micro climate of Bantry Bay, sheltered by mountains and made balmy by the North Atlantic Drift. Bantry Bay is a Ria, a drowned river valley of the equatorial continent of Pangaea before tectonic shifts put part of it here and the rest in Labrador and the Appalachian Mountains. The valley continues for 400 miles undersea and funnels plankton which makes the water in Glengariff bio-fluoresce.

The star quality of Glengariff attracts many visitors but for years its most famous resident was the Hollywood Queen, Maureen O'Hara and her husband Captain Charles Blair. She referred to her third husband, Charles F. Blair, Jr., as the love of her life. Celebrating his pioneering history in transatlantic aviation, O’Hara has been intimately involved in the development Foynes Flying Boat Museum in County Limerick. This wonderful museum in the old terminal building focuses on the Shannon Estuary’s role as the first transatlantic airport and the birthplace of Irish coffee.

Maureen O’Hara was born Maureen FitzSimons on August 17, 1920, and grew up in Ranelagh, Dublin. She joined the Abbey Theatre when she was fourteen, and her first major film role was in “Jamaica Inn” in 1939, directed by Alfred Hitchcock. O’Hara relocated to the United States where director John Ford cast her in “How Green Was My Valley” in 1941. Ten years later, Ford cast her alongside John Wayne in “The Quiet Man,” a film that became an instant classic among Irish-Americans. Other notable films starring O’Hara include… “The Hunchback of Notre Dame” (1939), “Miracle on 34th Street” (1947), “Rio Grande” (1950), “The Parent Trap” (1961), “McLintock!” (1963) and “Only the Lonely” (1991).

In her career Maureen starred with some of Hollywood's most dashing leading men, including Tyrone Power, John Payne, Rex Harrison, James Stewart, Henry Fonda, Brian Keith, Sir Alec Guinness and, of course, her famed pairings with "The Duke" himself, John Wayne. She starred in five films with Wayne, the most beloved being The Quiet Man (1952).

She also said that her most treasured film is John Ford's The Quiet Man (1952). Many would concur. The Oscar-winning 'Irish western' has a cult status that far outstrips any other film made in Ireland. It sprang from the émigré nostalgia of John Ford, the Irish-American film director of Spiddal-born parents, who made westerns with groundbreaking skill and creativity. If Laughton was a patriarchal aide to O'Hara in her delicate teens, Ford was daftly paternal -- she even called him 'Pappie'. Pappie, however, was also notorious for temper tantrums, drinking and making outlandish demands on his actors -- an "ole divil to work with", according to O'Hara.

Maureen (and her daughter Bronwyn) lived for many years in Glengariff Co, Cork where they are very fondly remembered by the community and in Casey's Hotel, her home from home. She had originally bought Lugdine Park with her husband, famous aviator Capt. Charles Blair, as a summer home as he could land his flying boat in the harbour!

O’Hara used to split her time between Glengarriff, County Cork, Arizona and the Virgin Islands but she had a stoke which limited her ability to travel and she made Glengariff her base. Unfortunately plans for an elaborate legacy centre, museum and film school in Glengarriff, Co Cork, have been shelved. This is a great pity as the project was very dear to her heart and would have been an important reiteration of Ireland and the Irish's contribution to Cinema. As Maureen FitzSimons of Ranelagh, Dublin said: "I am retired but the Legacy Centre is a passion for me and, God willing, I will spend a lot of my time helping to make a wonderful centre here in Ireland. Ireland has given great talent to the world in the past and it continues to bring up great actresses, actors, directors, cameramen, and all the technical people that it takes to make a great movie. Hopefully our academy, when it is finished, will be responsible for an even better venue to give more Irish youth a chance to succeed in the film and theatre arts."

Glengarriff is a postcard perfect village on the Wild Atlantic Way sitting in a rugged glen between the Caha mountains and the pure Atlantic water of Bantry Bay surrounded by woodland. It is a vibrant place with friendly locals, lively bars and cafés and scenery to die for, making it one of Cork’s most popular holiday destinations. Indeed in the Eccles Hotel it had Ireland's first purpose built hotel and it was the first stop on the "Prince of Wales Route" through West Cork and South Kerry. A short distance off-shore lies the lush, horticultural paradise of Garinish Island (Illnacullin – meaning ‘Island of Holly’) – a unique world of trees, shrubs and gardens that benefit from the mild south westerly air flow. There are regular ferries from the eastern end of the village and the Gulf Stream Effect which gives the area a special micro-climate means visitors are surprised to find a truly beautiful Italianate Botanic Gardens on the island with tender and sub-tropical plants.

O'Hara - real name Maureen Fitzsimons Blair - died on October 24th 2015 at the age of 95. Her remains were carried into the church in Arlington, Virginia to accompanying music from 45-strong Shannon Rovers Irish Pipe Band from Chicago who played music from one of her most popular films, The Quiet Man. Among the pallbearers at her funeral were three people who travelled from Glengarriff, Co Cork: Donal Deasy of Casey's Hotel, and Jim Lyne and David O'Sullivan, both of Glengarriff Golf Club. In a tearful remembrance, her Grandson Conor FitzSimons, told the mourners that his grandmother was going to be laid to rest at Arlington National Cemetery next to her husband US Navy pilot Charles Blair, who died in a plane crash in 1978, and Margot, "one of her favourite sisters." He recalled how Maureen and Margot shared a room at home in Dublin and that they remained close throughout their lives, travelling and spending summers together in Glengariff.

In Glengariff they remember with fondness and affection the Hollywood Star who became one of their own and loved Glengariff. They echo the words of her friend John Wayne's daughter, Melinda Munoz ,

“She was a wonderful, wonderful woman, besides being a fabulous actress. She was real.” 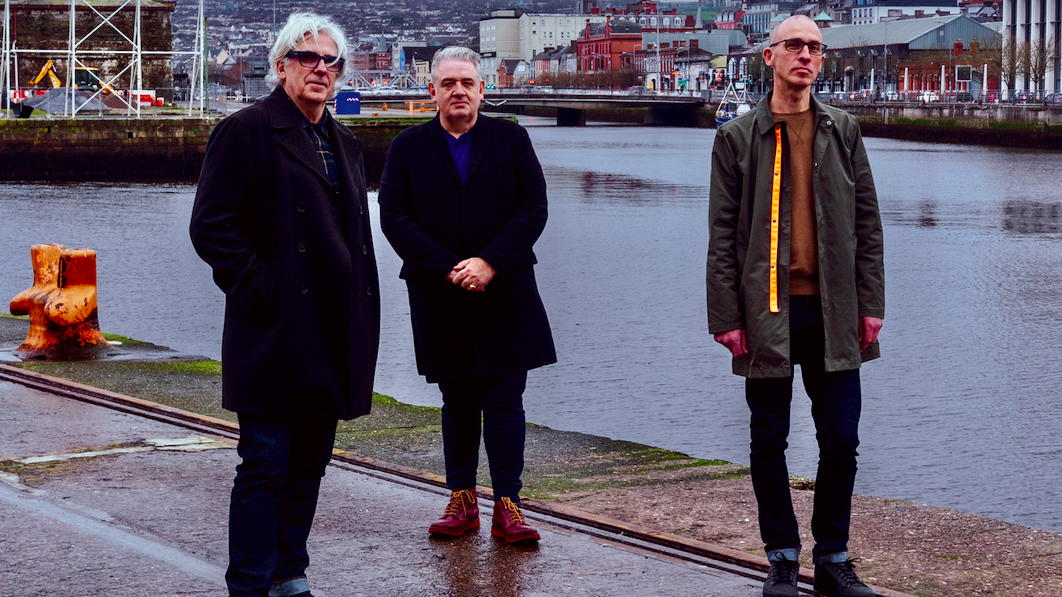 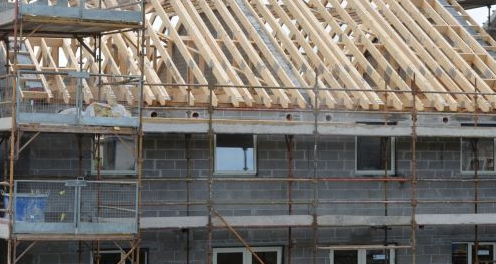